Election Issues Of 2016: The Economy 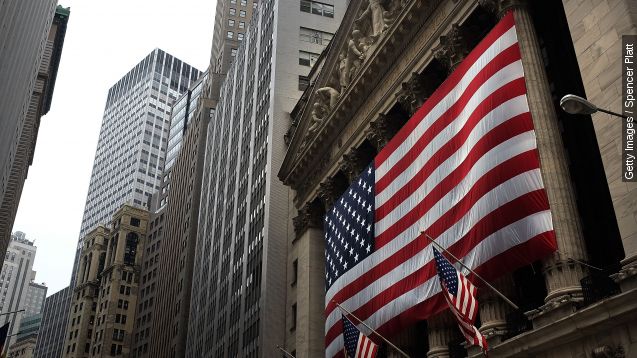 SMS
Election Issues Of 2016: The Economy
By Jake Godin
By Jake Godin
September 15, 2015
A recent poll shows 86 percent of Americans called the economy an important factor in their 2016 presidential election vote. Here are the issues.
SHOW TRANSCRIPT

The economy is a big deal.

"And the dictatorship of an impersonal economy," Sen. Bernie Sanders said during a speech at Liberty University.

"I believe we have to build a growth and fairness economy," Hillary Clinton said during an economic policy speech at The New School in New York City.

"We must get this economy going and growing again," Carly Fiorina said during a speech at the Stretch Kennedy Annual Picnic.

In a May Gallup poll, 86 percent of Americans said the economy will be an extremely or very important issue for them during the 2016 presidential election. So, yeah, the economy means a lot to voters.

That's because it affects everyone. It's how much people get paid, how much everyday items cost, the availability of jobs, etc.

As for how the economy's doing right now, well, that depends whom you ask.

"It's a false economy that we're living in. We're in a bubble," Donald Trump said during an interview with CBS. "But let me tell you something, the Obama administration, we have tremendous unemployment in this country."

The latest numbers on jobs are actually pretty optimistic. The Labor Department's most recent report on unemployment puts it at 5.1 percent, the lowest rate since 2008. The federal government also says 173,000 jobs were added in August.

The wealth gap isn't as rosy, though — the Organisation for Economic Co-operation and Development ranks the U.S. as one of the worst nations for wealth inequality. And it's not getting any better.

According to the OECD, that's bad for the economy.

Taxes are a big issue as well. While wealth inequality is a relatively new talking point, taxes are not.

"It's a proportional tax; that's what tithing is," Ben Carson told Fox Business.

"If you're investing, you should have a lower tax rate, and we're proposing 20 percent," Jeb Bush told CNN.

"The wealthiest people in this country are in fact going to have to start paying their fair share of taxes," Sen. Bernie Sanders told PBS NewsHour.

Most Republican presidential candidates want to lower taxes in some way. Democratic candidates are more focused on increasing taxes, primarily for the wealthiest of the wealthy.

Other political talking points may come and go, but the economy is an issue that's always going to be on people's minds.