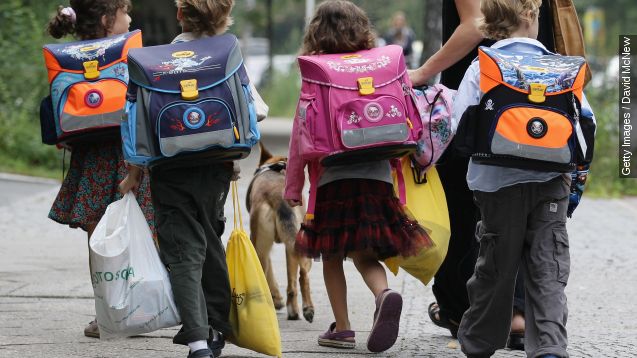 Election Issues Of 2016: Education. (Video via U.S. Department of Education)

College affordability is shaping up to be a major campaign issue, and it’s not hard to see why. Approximately 40 million Americans are saddled with a collective $1.2 trillion in student loan debt. (Video via Baylor University)

Democrats in the race are pushing for debt-free public higher education. (Video via Bernie 2016)

"How much sense does it make that you can refinance your home or buy a car at a lower interest rate than you can borrow money from your own government to send your kid to college?" Martin O’Malley said.

But Republicans have dismissed the idea as irresponsible.

"This is about making doing business in America more expensive, raising taxes, and then pouring all that money into an outdated higher education system," Marco Rubio said on Fox News.

As for their own plans, they differ quite a bit, but a common theme is creating flexibility. (Video via Scott Walker Inc.)

So, in the case of Marco Rubio, that means letting private investors pay students' tuition in exchange for a share of their future earnings.

Others — including Mike Huckabee and Lindsey Graham — support allowing students to refinance their loans.

Another hot topic this election cycle: the Common Core. (Video via U.S. Department of Education)

Those are the English and math standards introduced in 2010 and originally adopted by 46 states. (Video via U.S. Department of Education)

Whereas Republicans tend to see them as yet another example of government overreach. (Video via U.S. Department of Education)

"We should repeal every single word of Common Core," Ted Cruz said on Fox News.

Of the GOP field, only Jeb Bush and John Kasich support keeping them.

One more education issue getting some buzz is teacher evaluations. (Video via U.S. Department of Education)

Teachers groups who want to reduce the emphasis on testing have been critical of President Obama's education agenda.

His Race to the Top initiative awards bonuses to school districts based on standardized test scores.

"It's a national competition among states to improve our schools," Obama said in 2010.

Clinton — who's been frustrated with standardized testing — won the endorsement of the American Federation of Teachers in July. (Video via Hillary For America)