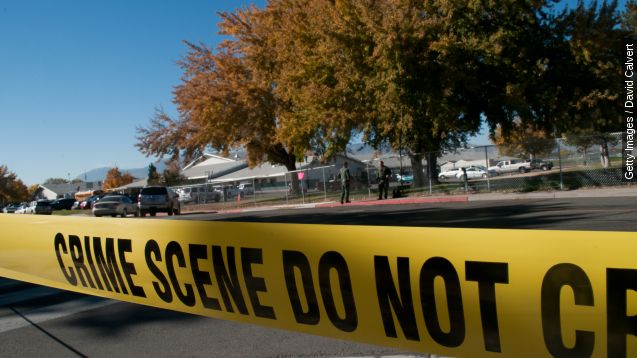 SMS
Election Issues Of 2016: Crime
By Jake Godin
By Jake Godin
September 16, 2015
Candidates will surely be talking about crime this election season. Gun control, the death penalty and sexual assault are likely to be hot topics.
SHOW TRANSCRIPT

That's why presidential candidates spend a lot of time talking about it during election season.

And yet, crime ranks very low among issues Americans consider most important.

Nationally, violent crime rates are actually much lower than they've been in the past — even if more Americans believe the crime rate is up compared to last year.

Still, crimes, and what happens to criminals, continue to capture our attention.

And while overall, crime may be down, the U.S. still leads the world in mass shootings — with an average of more than one a day so far in 2015.

"And there is so much evidence that if guns were not so readily available ... then maybe we could prevent this kind of carnage," Hillary Clinton told supporters while in Ankeny, Iowa.

"I do not support any proposed gun control which would limit the right to gun ownership," Sen. Rand Paul said in a campaign ad.

As far as punishment for criminals goes, American voters generally support the death penalty in certain situations. A Gallup poll found that Republicans are more likely than Democrats to  support it.

One of the most controversial aspects of the death penalty is how it's carried out. Executions using lethal injection were botched in Oklahoma, Ohio and Arizona and led critics to challenge the method.

"I want to send a message to every survivor of sexual assault," Clinton said during a campaign ad.

Violence against women has become another campaign issue for some candidates. (Video via MSNBC)

Sexual assault on school campuses has increasingly become a national issue. And sexual assault in the military is another topic some candidates are talking about.

While crime itself will probably always be a talking point during elections, debates are more likely to highlight specific issues such as the death penalty or gun control.

This video includes images from Getty Images and music by Birocratic.