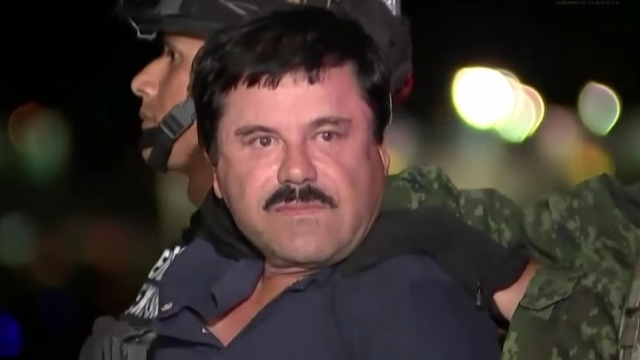 It seems like El Chapo might soon get his wish and be extradited to the U.S. The drug kingpin, born Joaquín Guzmán, has been transferred to a prison near the Mexico-Texas border.

Mexican officials told press  Guzmán's transfer is nothing more than a normal rotation of 7,400 inmates for security reasons. But a U.S. official told CNN that "due to the proximity (to the U.S.), it makes it easier to extradite him."

This comes just a little more than a month after Guzmán requested his extradition be fast-tracked. He claims prison conditions are unbearable and making him sick. Guzmán has even said he'd plead guilty to drug trafficking charges as long as he's not in isolation, is put in a medium-security prison and can see his family and attorney often.

The U.S. has been working on security details and getting ready for a possible extradition of Guzmán for months. After the process is complete, the drug lord will head to New York for trial; he's been indicted by at least seven U.S. federal district courts.

Guzmán escaped from the Altiplano prison through a tunnel in July 2015 and evaded capture until January of this year. Guzmán was recaptured after meeting with actor Sean Penn, which authorities say helped lead them to Guzmán.

Mexican officials say any extradition of Guzmán could take at least a year.

This video includes clips from the Government of Mexico, CNN, CCTV America and the Mexican Attorney General's Office.