Eisenhower Wasn't A Socialist, But He Had High Taxes 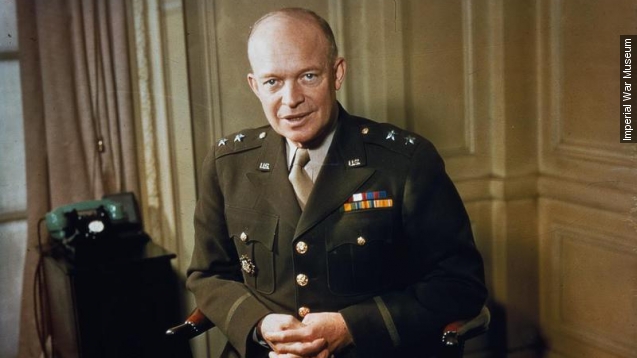 SMS
Eisenhower Wasn't A Socialist, But He Had High Taxes
By Jake Godin
By Jake Godin
November 14, 2015
Bernie Sanders called Dwight D. Eisenhower a socialist during the CBS Democratic debate. While Eisenhower was a Republican, he also had high taxes.
SHOW TRANSCRIPT

When raising taxes was brought up in the CBS Democratic Debate, Bernie sanders said "I'm not that much of a socialist compared to Eisenhower."

Of course, Dwight D. Eisenhower wasn't a socialist — he was a Republican. Sanders was talking about his tax rate.

Eisenhower has one of the highest tax rates for the wealthy in U.S. history. The top rate on regular income was 91 percent. (Video via Eisenhower Presidential Library, Museum & Boyhood Home)

Sanders doesn't want it that high — though he says he wants it higher than 50 percent.

The current top rate under President Barack Obama is 39.6%. (Video via The White House)