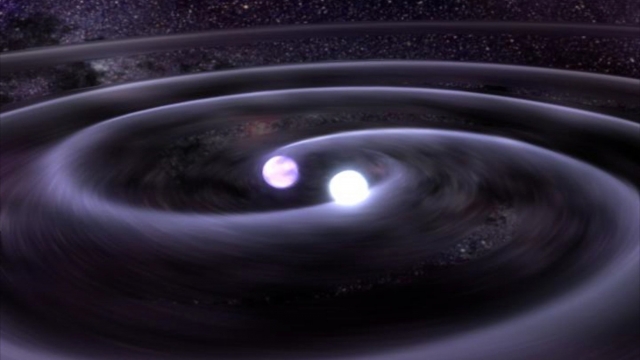 Researchers at the National Science Foundation made a major announcement Thursday.

"We have detected gravitational waves. We did it," researcher David Reitze said.

Gravitational waves were one of the last great unobserved predictions of Albert Einstein's theory of general relativity.

A major part of the theory is that matter curves space-time. The denser the matter, the steeper the curve.

What Einstein predicted is that massive objects, like black holes orbiting each other, would pull and stretch space-time in such a way that they would create waves — kind of like ripples in a pond.

Now that they've been discovered, gravitational waves could open up a whole new way to observe the universe, allowing scientists to "listen in" on some of the most powerful events in the universe.

This video includes an image from the Library of Congress and clips from the European Southern Observatory and the National Science Foundation.