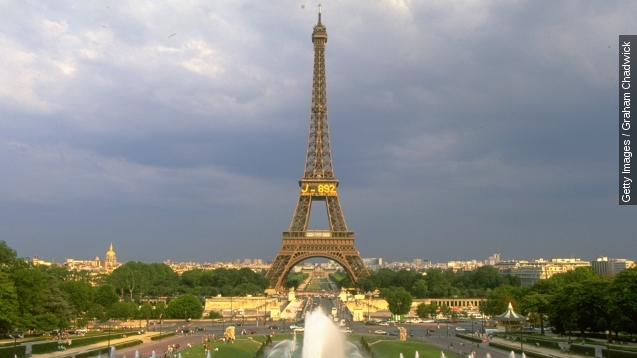 On Friday, the Eiffel Tower was forced to shut down for part of the day after workers went on strike over what they say is a surge in pickpocketing.

Workers say that the pickpockets work in groups of four to five people; there could be as many as 30 at the Tower at one time. Workers complain that the groups fight amongst themselves and have even threatened staff.

A similar strike occurred at the Louvre art museum in 2013 after staff complained of being spat at and even assaulted by pickpocket gangs.

One major reason being that people carry less cash than they used to due to credit and debit cards. However, tourists usually have to carry cash, which makes places like the Eiffel Tower a prime spot for pickpocketing.

Also, it's often considered a felony to steal something off of someone's person in the U.S. So that coupled with better surveillance in crowded areas make the trade less appealing in the states. (Video via Travel and Escape)

One of the things that Eiffel Tower workers have called for is an increased police presence in an effort to keep pickpockets away.

The Independent reports this strike comes a day after French police claimed pickpocketing was down 23 percent compared to the same time last year.