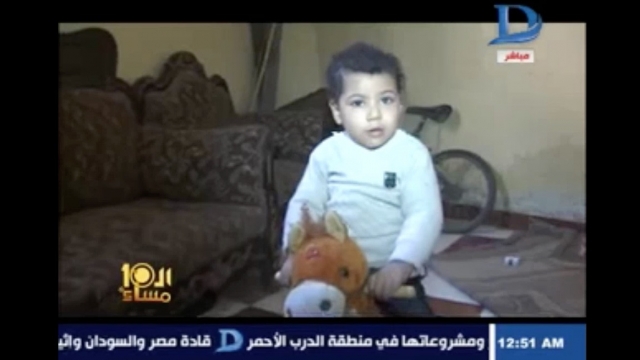 A 4-year-old boy in Egypt has been sentenced to life in prison in a case of mistaken identity.

The boy's name is Ahmed Mansour Qorany Sharara — the same name as the 16-year-old boy the Egyptian military court meant to sentence.

According to CNN, the sentencing was part of a mass trial involving 116 defendants. The court found them all guilty of killing three people and damaging public property during a protest in January 2014.

The boy's father appeared on an Egyptian TV show over the weekend, begging the government not to take his son.

While the case sounds ridiculous, it's an indication of a larger problem with the Egyptian justice system.

"I would go as far as saying that it's disintegrating. The justice system is on the verge of complete dysfunctionality," said Karim Ennarah, a criminal justice researcher.

Another recent Egyptian court case that drew criticism: The conviction of Al Jazeera journalists. In June 2014, Baher Mohamed, Mohamed Fahmy and Peter Greste were found guilty of aiding a terrorist organization, and after two trials they were sentenced to at least three years in jail.

Both trials were widely criticized and the sentences were denounced by world leaders, including the secretary-general of the United Nations and the U.S. Department of State.

Egyptian authorities have admitted the conviction of the toddler was a case of mistaken identity, but it's unclear what will happen next.

This video includes clips from Al Jazeera and images from Ken Mayer / CC BY 2.0 and Getty Images.