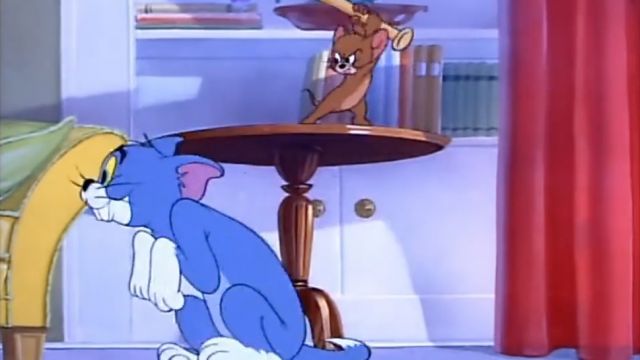 SMS
Egyptian Official Blames Violence In Middle East On 'Tom And Jerry'
By Jake Godin
By Jake Godin
May 4, 2016
There's a lot of violence in the Middle East, and one Egyptian official blames violent movies, video games and... "Tom and Jerry."
SHOW TRANSCRIPT

The Middle East can be pretty violent at times. One Egyptian official thinks he knows why: video games, violent movies and "Tom and Jerry."

The head of Egypt's State Information Service floated his theory at a Cairo University media conference.

According to Egyptian Streets, during a talk at Cairo University, SIS Ambassador Salah Abdel Sadek said: "[Tom and Jerry] portrays the violence in a funny manner and sends the message that, yes, I can hit him…and I can blow him up with explosives. It becomes set in [the viewer’s] mind that this is natural."

At least one Egyptian outlet agreed. According to Youm7, the cartoon promotes drinking, smoking, theft and a distorted concept of justice.

Others weren't as convinced.

No word yet on whether "Tom and Jerry" will be censored in Egypt as part of its plan to combat extremists.

This video includes images from Getty Images and Sowr / CC BY 2.0 and clips from the Egyptian Army.