Egyptian Forces Kill Tourists After Mistaking Them For ISIS 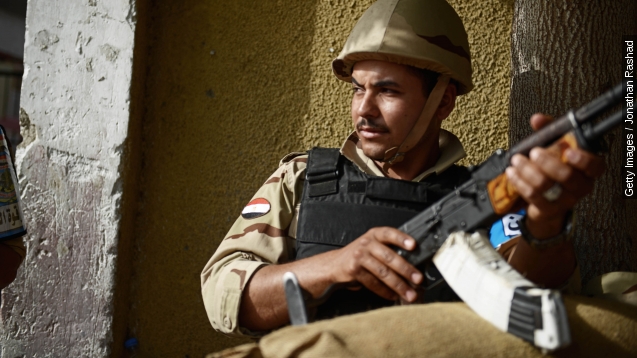 SMS
Egyptian Forces Kill Tourists After Mistaking Them For ISIS
By Grant Suneson
By Grant Suneson
September 13, 2015
Egyptian officials say a convoy of Egyptian and Mexican tourists was spotted in a restricted area and attacked by security forces.
SHOW TRANSCRIPT

Twelve people in a tourist convoy were killed by Egyptian forces in what officials are calling a "mistake."

Egypt's Ministry of the Interior said a military task force was pursuing terrorists when it "accidentally engaged four 4-wheel drives belonging to Mexican tourists who were present in a restricted area," killing a dozen Egyptians and Mexicans and injuring ten more.

The incident took place in Egypt’s Western Desert, which Islamic State militants have used to cross into the country from Libya.

The Egyptian government has had a hard time controlling the region. More than twenty guards were killed in an attack on a military checkpoint in July of last year.

The government announced it formed an inspection team to sort through the details of the tragedy and determine how the tourists ended up in the restricted area.

This video includes images from Getty Images and Divya Thakur / CC BY SA 2.0.