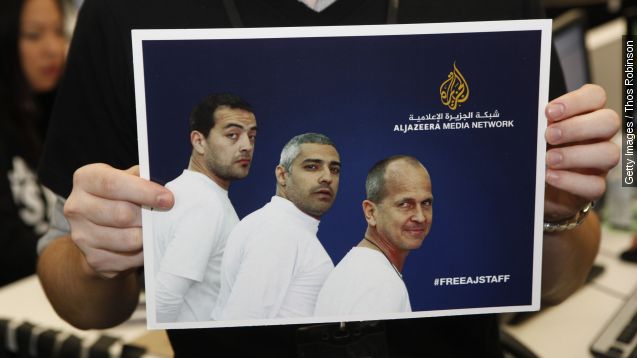 The Egyptian court has decided — Al Jazeera's journalists are going to prison.

Peter Greste, Baher Mohamed and Mohamed Fahmy were each given three-year sentences on Saturday on charges of aiding a terrorist organization.

Greste, who was deported to Australia earlier this year, was sentenced in absentia. (Video via BBC)

"This was a verdict that was clearly political. In the absence of any evidence, the only conclusion that we can come to is that the judge made his verdict based on politically motivated reasons," Greste told Al Jazeera on Saturday.

Greste and Fahmy were originally sentenced to seven years in prison and Mohamed 10 in 2014, but a judge from Egypt's highest appeals court ordered a retrial. (Video via CCTV)