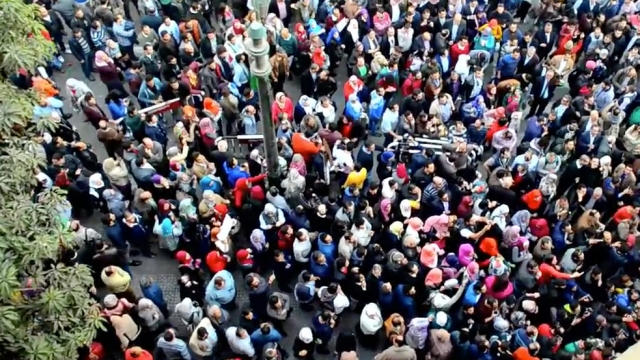 Thousands of Egyptian doctors protested against police brutality Friday. In a country that has effectively banned street protests for more than two years now, the rare show of activism has grabbed the world's attention.

Organized by the Egyptian Medical Syndicate — a union — the protesters threatened to go on a partial strike and give citizens free health care if demands weren't met.

Their list of demands includes the resignation of the health minister.

Local media report the hospital where the alleged attack took place has been closed by doctors on recommendation of the union.

There have been concerns about police brutality in Egypt for some time. It was a major part of the country's revolution five years ago. But some say the attacks have only worsened since.