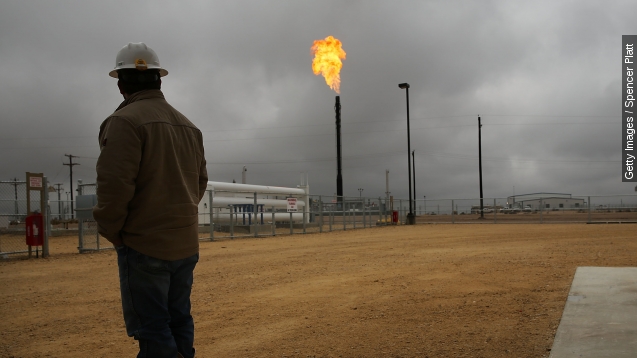 SMS
Egypt Might Be Joining The Natural Gas Powerhouses
By Ryan Biek
By Ryan Biek
August 30, 2015
An Italian energy company says it found what could be one of the world's largest natural gas fields, located in the Mediterranean Sea near Egypt.
SHOW TRANSCRIPT

Italian firm Eni has discovered what is possibly one of the world's largest natural gas fields. (Video via YouTube / enivideochannel)

The field is located off Egypt's coast in the Mediterranean Sea.

Eni said in a statement it is working with Egyptian officials to appraise the field, which is the largest ever in the Mediterranean Sea.

Before the find, consulting firm Stratfor reported natural gas fields had been so small and so deep in the Mediterranean that Egyptian natural gas was worth only a third of the average price on the international market.

Egypt is already the largest natural gas consumer in Africa. Its government has reportedly spent the past six months securing imports.

It's unclear how the Egyptian discovery will affect the U.S. American officials have been mulling whether to invest more in natural gas, debating if the jobs it could bring are worth the likely increase in domestic natural gas prices.

Last year, only the second and third U.S. natural gas facilities with the potential to export to Europe and Asia were approved.