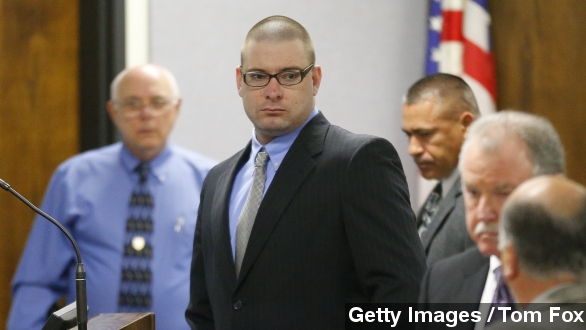 After about two hours of deliberations, 27-year-old Routh was sentenced to life in prison without parole. Prosecutors did not seek the death penalty.

Routh had confessed to shooting both men at a Texas shooting range after his arrest in 2013. (Video via CBS)

Routh pleaded not guilty by reason of insanity. During the trial, his attorneys had painted a picture of a troubled man.

They argued Routh was suffering from severe mental illness and had been paranoid after consuming alcohol and marijuana the morning of the fatal shootings. (Video via CNN)

Routh does have a history of mental illness, including PTSD and symptoms of paranoid schizophrenia. Just days before the murder, he had finished a stay in the hospital after holding his girlfriend hostage.