Eddie Murphy Will Return To 'SNL,' Can Vets Revive The Show? 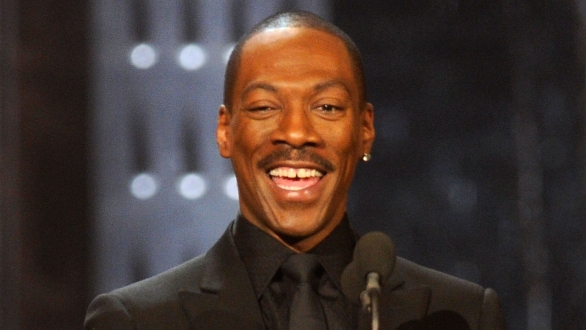 Eddie Murphy is making his way back to the "Saturday Night Live" stage for the first time in more than 30 years. On Wednesday he announced he'll appear on "SNL"'s 40th anniversary special airing Feb. 15. (Video via Universal Pictures / "The Nutty Professor")

What took you so long, damn it?

In an interview with News One Now, he said, "It just never worked out where the timing was right for me to do it."

In recent years viewers have seen the show take a nosedive when it comes to ratings, overall laughs and bringing on entertaining hosts. Remember that one time Bill Hader returned to host the beloved show? (Video via NBC / "Saturday Night Live")

Despite "SNL" creator Lorne Michaels' attempts to bring in fresh faces in recent years, the show just can't top the past.

The New Yorker reported the most common complaint from viewers is: "The show hasn’t been funny in years."

And Variety notes when SNL dips into the alum stockpile for new episodes, "It typically makes for a better episode, but one that only reminds you how inferior the current cast is by comparison."

So, could Murphy be the fresh-old face to help bring "SNL" back to the top? Or at least bring more hype and excitement to the "Live from New York, it's Saturday night" anniversary special? (Video via Columbia Pictures / "Daddy Day Care")

NBC is keeping mum about "SNL" alumni returning for the three-hour telecast, but we can only hope that Bill Murray, Chevy Chase, Kristen Wiig, Tina Fey, Will Ferrell and the bunch join Murphy back on stage. (Video via Universal Pictures / "Baby Mama")