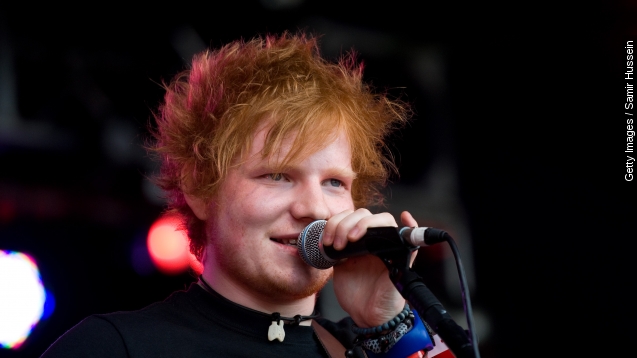 In case you missed it: Ed Sheeran is the nicest guy in music.

The Grammy-winning artist did yet another good deed when he helped his friend, Rixton’s Jake Roche, propose to his Little Mix girlfriend Jesy Nelson on Sunday.

Sheeran drove five hours to Manchester, England, to help surprise Nelson during a sound check for her performance later that night, singing his song "Tenerife Sea" while Roche got down on one knee.

Roche said in an Instagram post later,  “A year ago today I met her at Manchester Arena, so it was only right, with a little help from my friend, that this happened. Best day of my life.”

Sheeran has been known to do other amazingly selfless deeds.

In 2014, a social media campaign – led by the hashtag #SongForTri – brought Triona Priestley into Sheeran’s life.

The 15-year-old Irish super fan, who was battling cystic fibrosis, received a call from the singer, who sang her favorite song “Little Bird” over the phone. Moments later, she died.

But the young fan left a big impression on Sheeran, and at a concert in Dublin a few weeks later, he dedicated his performance of the song to her.

"I know it's a little bit overdue but I'm gonna do that song for Triona," he announced to the audience.

He also helped surprise an Australian couple at their wedding. Kya and Matt Debono, who had gone through some hard times, won a KIIS 1065 radio contest that would pay for their wedding.

The couple was planning to have their first dance to Sheeran’s “Thinking Out Loud,” and when the singer found out, he flew to Sydney to surprise them with an acoustic performance.

And in case you were wondering, he’s also available for birthdays, weddings and bar mitzvahs.