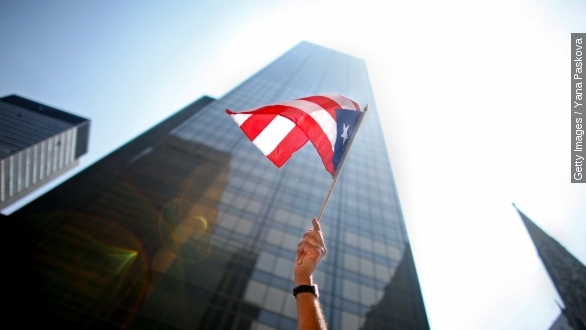 Hispanics living in the U.S. have a lower mortality rate than whites but may face health challenges due to education, poverty and language barriers. That's according to a new report from the Centers for Disease Control and Prevention.

The report, which is a first of its kind for the CDC, used health surveys and death certificates between 2009 and 2013 to gather data. Researchers found that, although Hispanics are less likely to die from the leading causes, they face their own unique set of health challenges.

Hispanics born in the U.S. have higher rates of heart disease, cancer and high blood pressure. U.S.-born Hispanics are also more likely to be obese and more likely to smoke cigarettes.

CDC epidemiologist Ken Dominguez, lead author of the study, said on a call with reporters the population's health problems might partly be attributed to the foods marketed toward Hispanics.

Taking a closer look at Hispanic groups, Puerto Ricans — a group that represents 10 percent of the U.S. Hispanic population — smoke at a higher rate than whites. According to the CDC, that might be one reason why rates of death and disease among Puerto Ricans are rising.

The CDC says other factors might play a role in poor health among Hispanics, including education, poverty and language barriers.

"If you're a health care provider, work with interpreters to eliminate language barriers for Spanish-speaking patients. Counsel patients with high blood pressure and those at high risk for diabetes or cancer on weight control and diet," a CDC spokesperson said.

Nearly 1 in 6 Americans are Hispanic, making them the nation's largest minority group. That population is expected to rise from 57 million to 85 million by 2035.