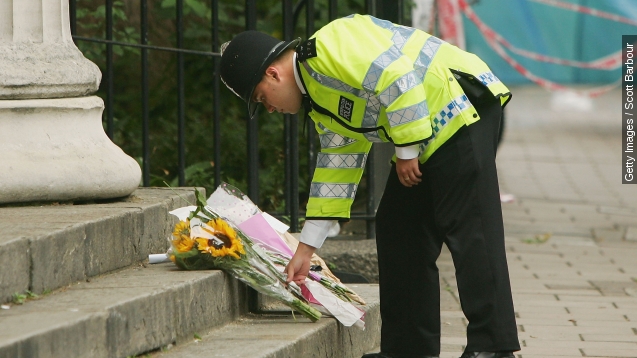 "Mr. Speaker, the 7th of July will always be remembered as a day of terrible sadness for our country and for London. ... Together, we will ensure that though terrorists can kill, they will never destroy the way of life we share and we value."

Ten years later, the UK commemorates that grim anniversary in the shadow of another terrorist attack — the mass shooting in Tunisia which killed 30 British citizens.

"Mr. Speaker, we must confront this evil with everything we have," David Cameron told the House of Commons.

And history seems to be repeating itself — Prime Minister David Cameron's response to the Tunisia shooting is shaping up to look a lot like Blair's response to 7/7.

The most notable legislative consequence of the London bombings was the Terrorism Act of 2006, which dramatically expanded police anti-terrorism powers. Its most controversial provision doubled the length of time a terrorism suspect could be held without charge to 28 days. (Video via Metropolitan Police)

Those powers were curbed under Cameron's first, coalition government; but now Cameron is expected to push forward with his own anti-terrorism measures.

The Communications Data Bill, nicknamed the "Snooper's Charter," would greatly increase the ability of the UK government to conduct mass data surveillance. The law was previously shot down by the coalition, but now Cameron doesn't have to compromise.

Both Cameron and Blair also moved to curb Islamic extremist speech in the wake of the attacks, in a push to stamp out domestic radicalization. Opponents have decried those provisions as divisive and unjust censorship.

This video includes images from Getty Images and the U.K. Ministry of Defense / CC BY SA 2.0.