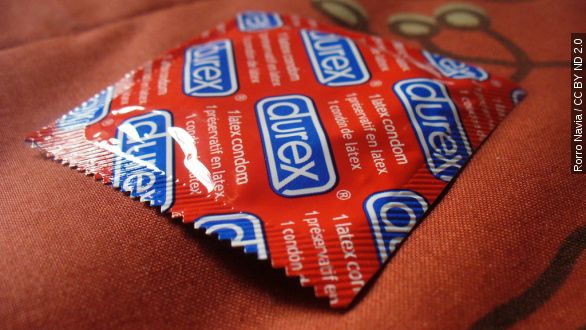 SMS
Ebola Survivors Should Use Condoms Indefinitely, CDC Says
By Christian Bryant
By Christian Bryant
May 1, 2015
The CDC's new warning comes after a woman possibly contracted the virus from a man who hadn't shown symptoms for nearly 200 days.
SHOW TRANSCRIPT

The Centers for Disease Control and Prevention is issuing a new warning to male Ebola survivors: if you have sex, use a condom — every time.

This new warning comes after a Liberian woman supposedly contracted the deadly virus from a man with whom she had unprotected sex. That man was an Ebola survivor who hadn't shown symptoms for months.

This newest warning is particularly concerning because it almost doubles the timeline that Ebola has been detected in semen — there were 199 days between the onset of symptoms with the male survivor and the positive test for traces of Ebola in his semen.

The CDC report says researchers can't directly link the contact between the Ebola survivor and the woman as the reason for her positive Ebola test — and previous cases of Ebola have been equally difficult to pinpoint through sexual intercourse.

But CDC researchers plan to continue researching how long Ebola stays in the bodily fluids of survivors to better understand the risk of transmitting the virus through sexual intercourse.

This video includes images from Getty Images and Rorro Navia / CC BY ND 2.0.