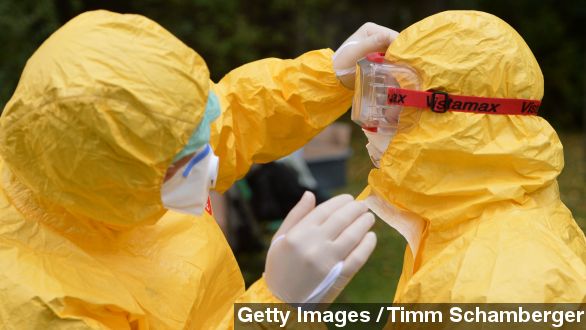 The Ebola virus continues to spread across Sierra Leone, leading health officials to take some serious measures to curb the rate of infection.

The country has imposed a two-week lockdown in the east after an increase in reported infections.

Public Christmas and New Year's celebrations have been banned and soldiers will be patrolling the streets to make sure people stay in their homes.

Large gatherings could seriously increase the spread of the virus. Travel bans have already been instated to prevent the spread of Ebola to more remote areas.

Sierra Leone has become the worst-affected country in this outbreak. The entire country was put on lockdown for three days in September to attempt to slow the spread of the virus.

Medical personnel have been left severely under-equipped to handle the latest spike in cases, and tensions are running high.

And the World Health Organization warns that the number of new cases could even be underreported. Sierra Leone's Minister of Information said, "Part of the explanation for that is that these huge numbers are swelled up by tests carried out on people that are already dead."

As the new cases and celebration bans show, this ebola outbreak is far from over for Sierra Leone.

A United Nations employee wrote in the International Business Times, "Having a Merry Christmas is not really the priority right now; keeping our people alive to see many more Christmases is. Ebola stole this Christmas; all we can do now is make sure that this never happens again."

While Sierra Leone is a majority Muslim country, the CIA World Factbook reports 10 percent of its population is Christian.