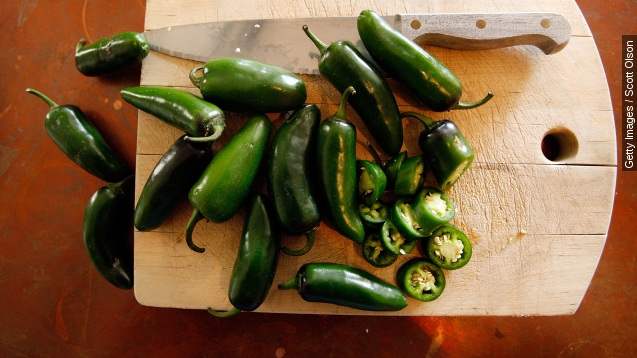 SMS
Eating Spicy Food Might Help You Cheat Death A Little Longer
By Jake Godin
By Jake Godin
August 5, 2015
Data from almost half a million Chinese adults might reveal how we can live a little longer: Eat spicy food.
SHOW TRANSCRIPT

Like spicy food? Turns out it might help you live longer. At least that's what a new study published in the medical journal The BMJ says.

For the study, researchers used data from about half a million Chinese adults who filled out health questionnaires between 2004 and 2008.

Participants answered questions about their spicy food diet — if they had one — and their health. About seven years later, researchers followed up with them.

For those who ate spicy food three to seven days a week, the risk decreased 14 percent.

But don't rush to the store to buy all the jalapeno peppers or Tabasco sauce quite yet. The study's authors say more research is needed to see if spicy foods really do make people live longer.

Still, eating spicy foods might have other health benefits, such as helping with weight loss or preventing cancer. (Video via Phil King / CC BY NC ND 2.0)

So it can't hurt to eat more — well, as long as you don't mind spicy food. (Video via Rhett & Link)