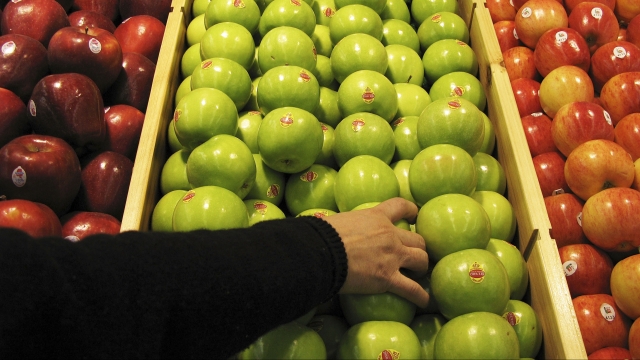 Eating more fruits as an adolescent could help lower a person's risk of developing breast cancer, according to a new study.

A group of researchers monitored the diets of more than 90,000 nurses for about 20 years.

The participants were all adults when the study began. About half of them were able to recall how often they ate fruits and vegetables as adolescents.

Over the course of the study, more than 3,000 participants developed breast cancer.

But researchers say eating more fruit itself may not be the whole story.

They found that eating more fruits during adolescence and early adulthood was associated with drinking less alcohol and a lower prevalence of smoking, both of which can contribute to developing breast cancer.

Doctors recommend breast cancer patients eat at least five servings of fruits and vegetables each day, but this new study found that eating only about three servings every day during adolescent years could lower a person's risk of breast cancer by 25 percent.

And specific types of fruits seemed to help as well: eating bananas, grapes and apples as an adolescent helped lower one's risk, while the same occurred when eating oranges in early adulthood.

The current set of Dietary Guidelines for Americans says 1 cup of 100 percent fruit juice has the same nutritional value as 1 cup of whole fruit.

But the researchers found drinking fruit juice had no significant relationship with preventing breast cancer.

This video includes images from Getty Images, Dave Shafer / CC BY 2.0, Frederique Voisin-Demery / CC BY 2.0 and Steven Depolo / CC BY 2.0.