Add Eastern Gorillas To The List Of Critically Endangered Species 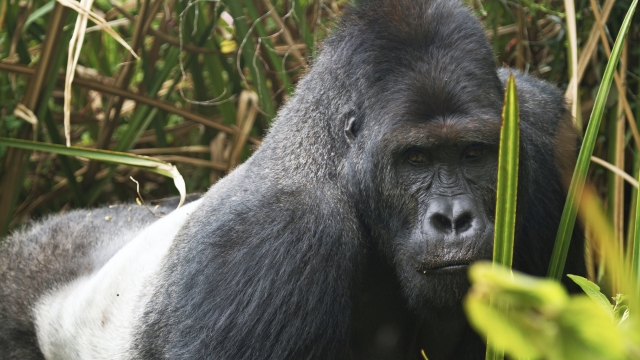 Eastern gorillas are in trouble. Both subgroups of the apes have been moved to the critically endangered list.

The animals, which are the largest species of apes in the world, were added to the "red list" by the International Union for Conservation of Nature on Sunday.

The population of Grauer's gorillas, formerly known as eastern lowland gorillas, has decreased by about 77 percent in just over two decades.

And there are only about 880 mountain gorillas, the Grauer's relative.

But the dramatic decline in population isn't unique to this species of gorilla. Despite the fact that hunting and capturing the animals is illegal, all gorillas in Africa are on some type of endangered list.

Other animal populations on the continent are hurting, too. A study released last week showed poaching has caused the population of African forest elephants to decline 65 percent between 2002 and 2013.