An Earthquake Has Rocked Central Italy; Dozens Dead, Many Missing 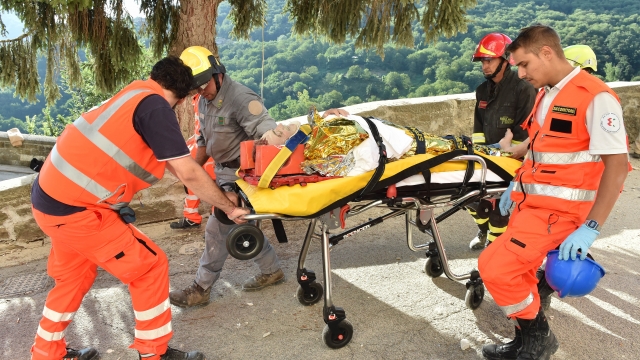 Dozens are dead and scores more are missing after an earthquake damaged towns in central Italy.

The 6.2 magnitude earthquake that hit the region Wednesday was shallow, about 6 miles underground, which caused more damage than a deeper quake.

SEE MORE: This Sinkhole Swallowed More Than A Dozen Cars In Florence, Italy

The mayor of Amatrice — one of the towns affected — said "half the town no longer exists."

"It felt like the bed was on rollers, and we all kind of ran out," a witness told CNN.

Earthquakes in the area aren't historically uncommon. The last major one was in 2009.

Local officials and media are comparing Wednesday's quake to that one seven years ago: an earthquake in L'Aquila that killed at least 295. Thousands more were injured and were left without homes.

Italy sits on two fault lines, making it more susceptible to earthquakes than many other European countries.