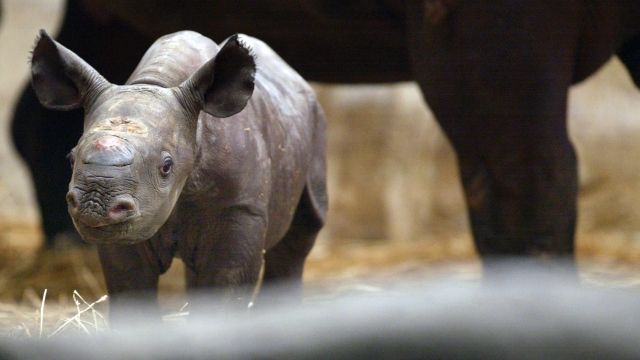 The world's animal species are dying, and humans are a big reason why.

SEE MORE: The Great Barrier Reef Isn't Dead (Not Yet, At Least)

Broken down, those numbers look like this: Land animals have declined by 38 percent, marine species show a 36 percent drop and freshwater species have decreased 81 percent.

And it's not stopping there. If 1970 is our baseline, the world is on track to lose an estimated two-thirds of its wild animal populations by 2020.

Experts are calling this time in history "the Anthropocene," and these declining numbers for species are uncharted territory.

But the extinction rate shouldn't be a surprise. Well-known species like eastern and western Gorillas are both critically endangered. Poaching is decimating elephant populations. And you can count the number of northern white rhinos on one hand.

It's not just the highly publicized species, either. Vulture populations are reportedly headed for extinction, and even certain species of bees are disappearing.

The declines are caused by habitat loss from urban development, over-hunting, pollution, disease and climate change — all of which are tied to humans.

One expert in the report warned if we lose any more biodiversity, "the natural world and the life support systems as we know them today will collapse."

The point is this: Earth is becoming inhospitable — both to animals and to humans. The plus side? We're getting better at recognizing our negative contributions, and researchers say that's one of the "first steps" to fixing the problem.