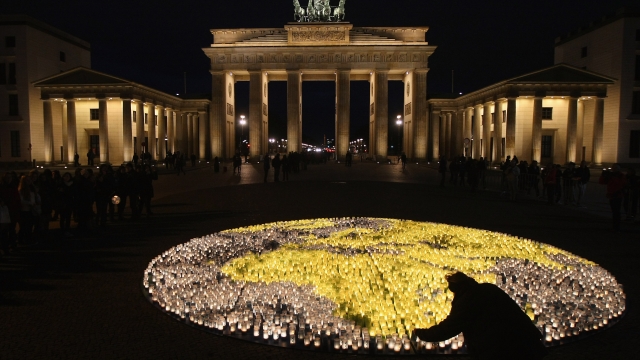 On Saturday night, cities and people around the world turned off their lights for one hour in honor of Earth Hour, a nonprofit movement that asks people to think about how they use electricity.

But what kind of impact does an hour without electricity actually have on the grid?

Well, reports from around the world suggest that during that one hour, energy usage can drop significantly. For instance, London saw a drop in energy usage in 2013 equal to about 2,800 homes being taken off the grid.

Similarly, Bangkok saw a reduction in carbon emissions of nearly 1,165 tons during this year's event.

But those numbers can be a bit misleading, because while consumption might have dropped, that doesn't mean less energy was being pumped into the grid.

Power plants have to anticipate future needs, and they know that after the hour passes, they're likely to see an increase in electricity usage. So they keep burning fuel during the event.

Another problem occurs when everything is turned back on after the hour ends. When appliances are turned on, they require more energy to get started, reducing the net benefit of turning everything off for Earth Hour.

At the end of the day, though, Earth Hour and the World Wildlife Fund both say that the event isn't about saving energy for that one hour but is instead about raising awareness.

This video includes clips from Earth Hour and images from Getty Images.