Discovery Of Earth's Oldest Fossils Has Implications For Mars 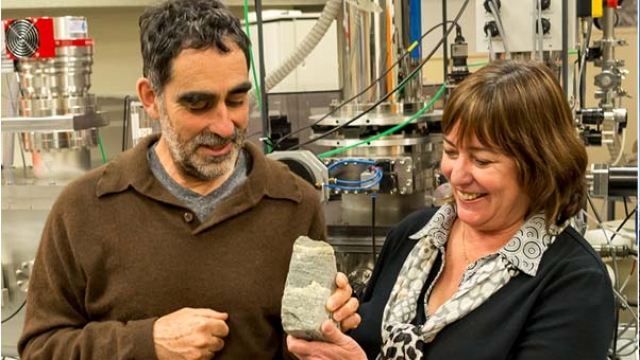 It's an ancient 3.7 billion years. That's how old recently discovered fossils in Greenland are believed to be, making them the oldest ever found.

Life that far back consisted of single-cell bacteria. The fossils aren't the remains of these kinds of bacteria but are more evidence of their life in shallow water as they formed colonies.

Up until this discovery, Earth's oldest fossils were 3.5 billion years old.

Genetic evidence argues life on Earth started 4 billion years ago, so these new fossils are getting scientists closer to verifying with their own eyes when life began.

But because plate tectonics on our planet recycle rocks, it's becoming harder and harder to find fossils as old as the ones just discovered.

Mars used to have a warmer and wetter environment, similar to the conditions these bacteria are believed to have lived in on Earth.

Luckily for those researching Mars, the red planet's plate tectonics aren't as active, so finding fossils there with these kinds of bacteria could be a lot easier.