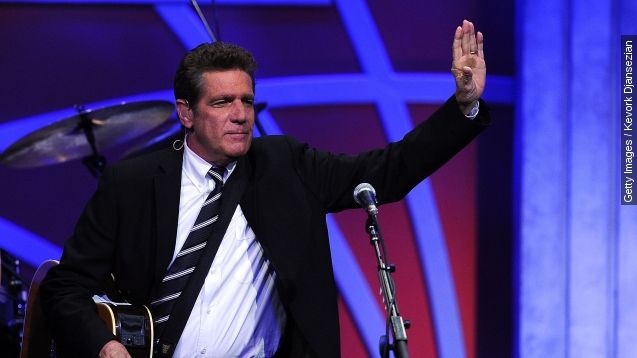 Musician Glenn Frey died Monday at the age of 67 after suffering from ongoing health problems.

In addition to playing guitar for the band, Frey also co-wrote and sang backup for most of the band's hits. Together, the band earned six Grammys.

The rock group posted on Facebook, saying, "Words can neither describe our sorrow, nor our love and respect for all that he has given to us, his family, the music community & millions of fans worldwide."