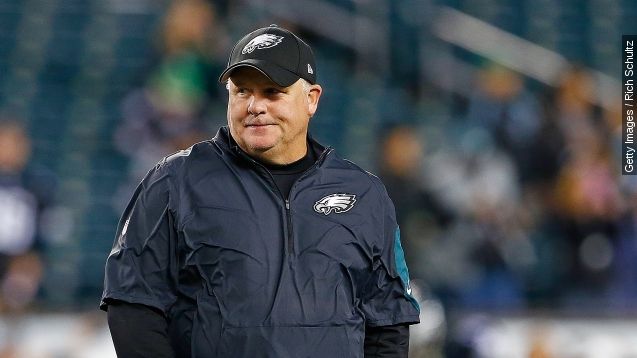 The Philadelphia Eagles have decided to part ways with head coach and personnel director Chip Kelly, just days after the team was knocked out of playoff contention.

Philadelphia is just 6-9 this year after winning 10 games in each of Kelly’s first two years at the helm, only making the playoffs during his first season. Owner Jeffrey Lurie decided it was time to go in a different direction.

He said in a letter to fans: "I spent the last three seasons evaluating the many factors involved in our performance as a team. As I watched this season unfold, I determined that it was time to make a change."

Kelly attempted to bring the high-flying offense from his previous coaching job at the University of Oregon to the city of brotherly love, but it never quite materialized. The Eagles are right in the middle of the league in terms of scoring.

Many speculated this could be a make-or-break year for Kelly after he was given more control over roster decisions to implement his own brand of play.

The Eagles coach ruffled more than a few feathers during the offseason when he traded away key players like quarterback Nick Foles and running back LeSean McCoy.

Offensive Coordinator Pat Shurmur will take over as interim head coach for Sunday’s season finale against the New York Giants.