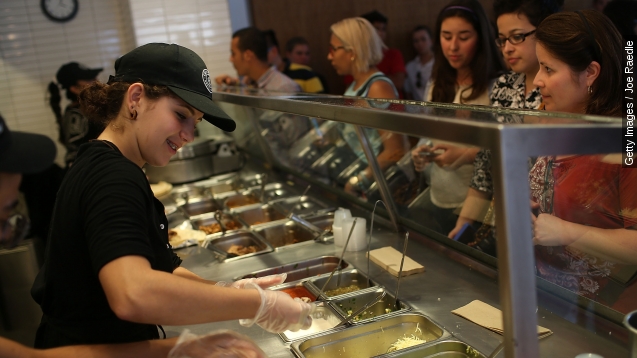 SMS
E. Coli Up, Chipotle's Stock Price Down
By Ben Lawson
By Ben Lawson
December 22, 2015
As the E. coli cases linked to Chipotle increase, so do the company's stock troubles.
SHOW TRANSCRIPT

Share prices were down more than 4 percent Tuesday after five people in Oklahoma, Kansas and North Dakota with E. coli reported having recently eaten at Chipotle.

Chipotle's woes began in late October after the first 19 cases of E. coli were linked to the restaurant chain. As of mid December, 53 people in nine states have had the illness.

And another 80 people in Boston came down with a norovirus after eating at a Chipotle. Officials blame that on a sick employee.

"Practices that are so far above industry norms today that this we will be the safest place to eat," Ells said.

But it wasn't enough to turn investments around. Since the outbreaks began, Chipotle's stock has slipped 18 percent to its lowest price in 19 months.