E-Cigarettes Are Poisoning Children At An Alarming Rate 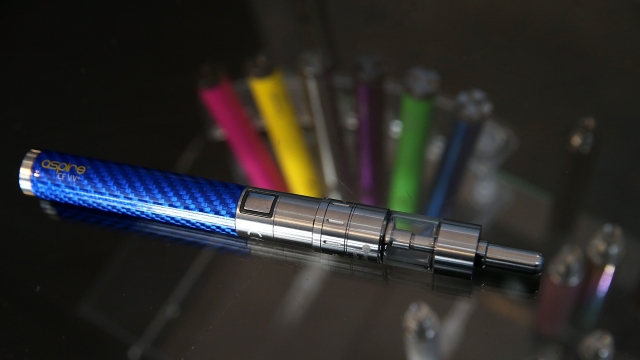 SMS
E-Cigarettes Are Poisoning Children At An Alarming Rate
By Ryan Biek
By Ryan Biek
May 9, 2016
Between 2012 and 2015, the number of children under 6 years old poisoned by e-cigarette exposure jumped fifteenfold.
SHOW TRANSCRIPT

Researchers are comparing it to an epidemic. As e-cigarettes become more popular, more young children are being put at risk.

The number of poisonings from exposure to e-cigarettes in children under 6 years old skyrocketed 15 fold over the course of only three years.

Researchers looked at data between 2012 and 2015 and found that by the end of that time, the National Poison Data System was getting 101 calls a month on average for e-cigarette poisoning.

All of those cases were young children who were exposed to e-cigarettes or nicotine liquid. And the middle-point age for those cases was just 2 years old.

The most common side effect was vomiting. However, in one case, a 1-year-old died after being exposed to nicotine liquid.

There were many more instances of children being poisoned through regular cigarette exposure, but the researchers found that children exposed to e-cigarettes were more likely to suffer a severe outcome.

There wasn't a noticeable jump in regular cigarette exposure. E-cigarette cases, on the other hand, soared almost 1,500 percent.

When speaking with Forbes, the study's senior author argued, "This is an epidemic by any definition. If this were an infectious disease, this would be headlines across the country."

This video includes clips from WOOD, the Centers for Disease Control and Prevention and BBC, and images from Getty Images.