E-Cigarette Debate Gets Even More Confusing 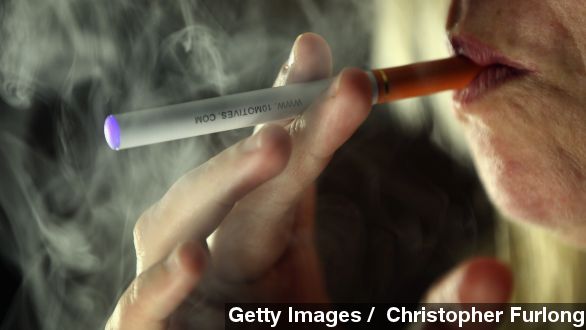 SMS
E-Cigarette Debate Gets Even More Confusing
By Matt Moreno
By Matt Moreno
September 5, 2014
The World Health Organization is looking to put stricter rules on e-cigs, but a report claims WHO used "alarmist language" in their review of them.
SHOW TRANSCRIPT

We just can't get a straight answer on the safety of e-cigarettes.

Last week the World Health Organization called for more regulation of the increasingly popular e-cigs. The report recommended a ban on use indoors because they might contain toxins that are harmful to humans. It also suggested more regulations on whom they can be marketed and sold to. (Video via Blu eCigs, CNN)

But a group is now challenging that report, saying it uses "alarmist language."

In an article posted in medical journal Addiction, researchers say WHO's findings were inaccurate. The Independent quotes the lead author from the National Addiction Centre at King's College London, Professor Ann McNeill, as saying:

"We were surprised by the negativity of the commissioned review, and found it misleading and not an accurate reflection of available evidence."

E-cigarettes are still fairly new to the game, and so is the research on health risks associated with them. Researchers tend to agree that the battery-powered devices are safer than the traditional tobacco- and nicotine-filled cigarette. (Video via BBC)

But it's also raised several questions. How safe are they? Do they prevent smoking or provide a gateway to it? Should minors have access to them?

Although it's tough to answer every question regarding e-cigs, their safety, and their regulation, it appears they are saving lives. The same group that criticized WHO's findings says e-cigs could save 50,000 smokers each year in the U.K. alone.

And, to be clear, WHO isn't necessarily against them. An overview of the report posted to its website reads in part, "While e-cigarettes represent an 'evolving frontier filled with promise and threat for tobacco control,' regulations are needed."

The World Health Organization plans to present more information about its report on electronic nicotine delivery systems at the WHO Framework Convention on Tobacco Control Oct. 13-18 in Moscow.