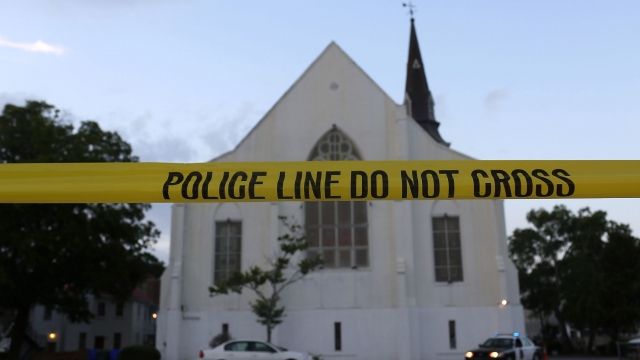 SMS
Judge Says Suspect In SC Church Shooting Can Stand Trial
By Briana Koeneman
By Briana Koeneman
November 25, 2016
The suspect's lawyers had moved to have him analyzed by a doctor to determine if he was mentally fit to stand trial.
SHOW TRANSCRIPT

A judge has decided that Dylann Roof is competent to stand trial in the killings of nine black worshipers at a South Carolina church last year.

According to local media, the U.S. district judge officially made his decision Friday morning, and jury selection is scheduled to start Monday.

Jury selection was supposed to begin Nov. 7, but Roof's lawyers asked to have him evaluated by a doctor to determine if he was suffering from a "mental disease or defect" that would prevent a fair trial.

That doctor and several other witnesses testified during a two-day hearing earlier this week. That hearing was closed to the public and media to prevent tainting any potential jurors' views of the suspect.

Roof has been federally indicted on 33 charges related to the murders, which took place in June 2015. He could face the death penalty if he's found guilty.