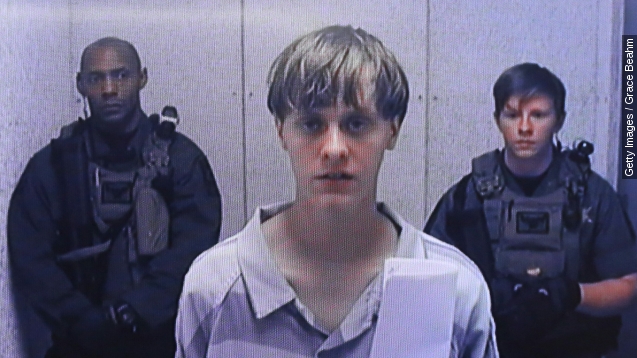 Dylann Roof has been indicted on 33 federal charges, including several hate crimes.

Roof, who is 21 and white, is accused of killing nine black churchgoers in Charleston, South Carolina, in a racially motivated attack last month. (Video via WCBD)

"To carry out these twin goals of fanning racial flames and exacting revenge, Roof further decided to seek out and murder African Americans because of their race," Lynch said.

South Carolina will also be charging Roof in the incident. The hate crime charges had to come from the federal level because the state doesn't have hate crime laws.

Correction: An earlier version of this video said Dylann Roof is 19 years old. He is 21. The video has been updated.