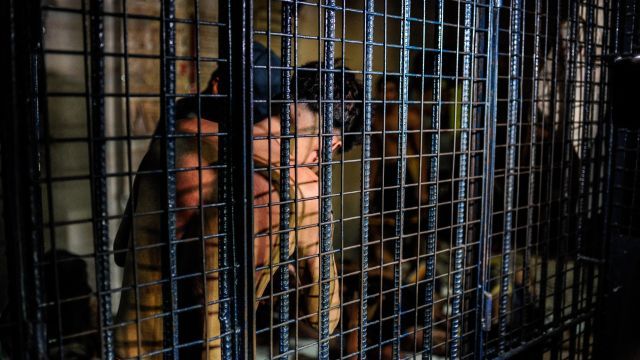 SMS
Duterte Dares Those 'Big On Human Rights' To Probe His War On Drugs
By Lindsay Gloor
By Lindsay Gloor
October 13, 2016
Philippine President Rodrigo Duterte invited world leaders to investigate his war on drugs — but promised to humiliate them if they do.
SHOW TRANSCRIPT

"You destroy my country — I'll kill you. And it's a legitimate thing. If you destroy our young children, I will kill you," Philippine President Rodrigo Duterte told Al Jazeera reporters.

Duterte was sworn in as president of the Philippines on June 30, and since then, his so-called war on drugs has led to more than 3,000 deaths — including some children caught in the crossfire.

These extrajudicial killings have garnered critiques from many foreign leaders, including President Barack Obama. He said fighting drugs the "wrong way" leads to unintended consequences and innocent people getting hurt.

Responding to the criticism, Duterte verbally invited Obama and other world leaders to investigate his approach. But there's a catch.

Duterte warned on Thursday that anyone "big on human rights" who does investigate should be ready to answer his humiliating questions.

He went on to say, "These fools think [they can do anything] because the Philippines is a small nation. Maybe God gave you the money, but we have the brains."

Duterte, who has been nicknamed "The Punisher," has promised there will be investigations into both police and vigilante killing sprees against drug dealers and users. But he also suggested the investigations might not lead to criminal liability.