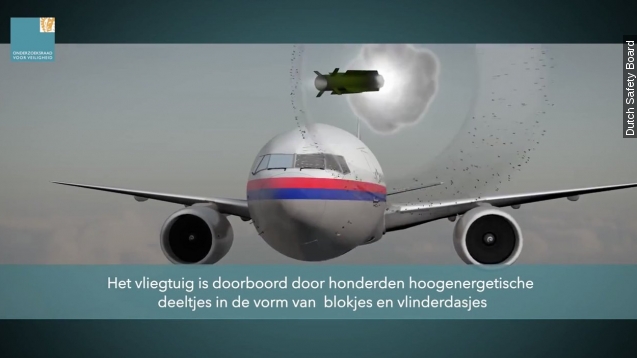 Before the Dutch report was released, a Russian state-controlled missile manufacturer said the report it conducted contradicted the Dutch Safety Board's report.

The chairman of the Dutch Safety Board said in a press conference, "It’s always special when people already know that they don't agree with a report that’s not even published yet." (Video via Euronews)

The chairman also said the airspace should have been closed due to the conflict between Ukraine and pro-Russia separatists. All 298 people on board were killed in the crash.