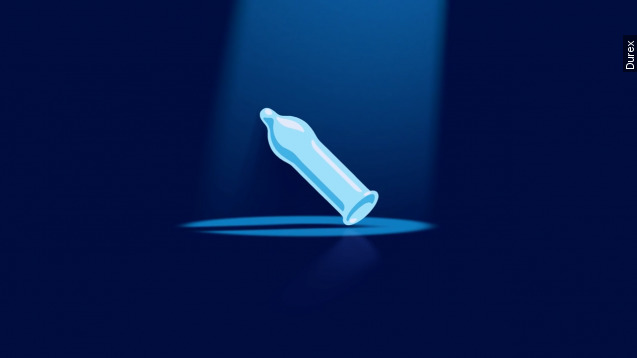 Chances are, you're at least a little familiar with these.

Emojis have quickly become a recognizable form of communication.

And some emojis have slightly salacious undertones.

"And in the middle of all the mailboxes, there's a French horn. For no reason. What's that doing there? What emotion is that? How can you feel horn—? Never mind. OK," said Ellen DeGeneres.

So why not use the popular little pictures to promote safe sex?

"An official condom emoji. Look at it," said the narrator in a Durex advertisement.

Looks like Durex has it covered. The condom company is campaigning for the creation of a condom emoji.

"We need to make sure that AIDS is about social justice — is about global health, maternal health, child health, is about human right of people," said Michel Sidibé, UNAIDS executive director.

You can use the hashtag #CondomEmoji to support the cause.