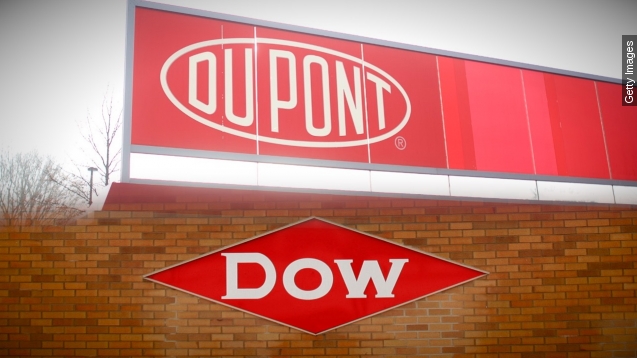 Dow Chemical and DuPont have officially announced they will merge after a series of meetings. This tops the list as one of the biggest business mergers in history to create the largest chemical company with a combined value of $130 billion.

One rarity in this merger — shareholders will hold 50 percent of both companies' stocks and the board will be split equally between representatives from both companies. (Video via DuPont)

The joint company will be called DowDuPont. After the merger is finalized, the plan is to divide into three companies organized by product and chemical specialities.

And you're probably wondering who'll be in charge. Dow's current CEO will become executive chairman and DuPont's will be chair and CEO. The chief financial officer is yet to be named.

While the companies were in merger talks, both of their stock shares rose reaching double digits. (Video via Dow Chemical)

This has been a big year for business mergers overall. We're talking over $471 billion worth.