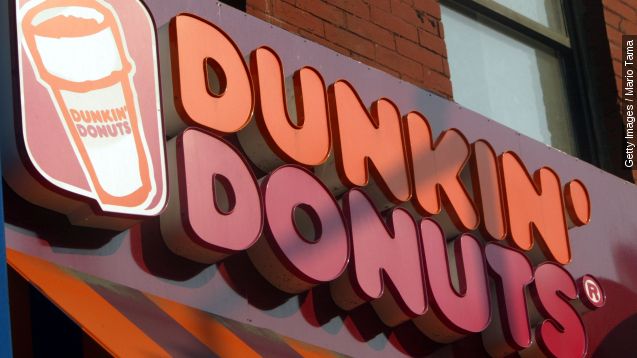 It happened Saturday morning in West Hartford, Connecticut. According to police, the officer was waiting to buy a coffee when the employee said: "He didn't get the message; we don't serve cops here." (Video via WVIT)

Police say the officer left the store immediately with the manager and employee following behind. The employee told the officer she was just joking and apologized, but some people aren't buying it.

"It's disrespectful I think to someone who's willing to put on a uniform and carry a gun and try and protect me and my town and keep it safe," one resident said.

The backlash doesn't come at a great time for the company. Just last week, Dunkin' Brands announced it would be closing 100 stores in the U.S. after estimating slower sales growth. (Video via Dunkin' Donuts)

Dunkin' Donuts released a statement saying: "The crew member exhibited poor judgment and apologized immediately to the police officer. The franchise owner, a long-time supporter of local police, has also reached out to apologize on behalf of the restaurant."

There's been no word yet if the employee will face disciplinary action.