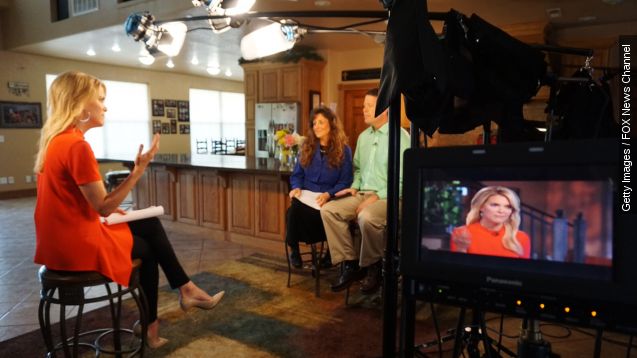 Jessa Duggar Seewald and Jill Duggar Dillard say were inappropriately touched by their brother, Josh, when all three siblings were minors. During an interview with Fox News' Megyn Kelly, they defended their brother and said they had forgiven him. (Video via TLC)

"I do want to speak up in his defense against people who are calling him a child molester, or a pedophile, or a rapist, people are saying. I'm like that is so overboard and a lie, really. I mean, people get mad at me saying that, but I'm like, 'I can say this. I was one of the victims,'" Jessa Duggar said.

Instead the Duggar sisters said the release of the report, which was first published by In Touch Weekly, was a form of exploiting them.

"I see it as a revictimization that's even a thousand times worse," Jill Duggar said.

"Because this is something that was already dealt with. We've already forgiven Josh, we've already moved on," Jill Duggar said.

The sisters questioned the legality of releasing a juvenile record, however, the city attorney for Springdale, Arkansas, said in a statement that the police records were not illlegally released.

Kelly reported the Duggar parents have suggested they're looking into legal action against the parties involved.