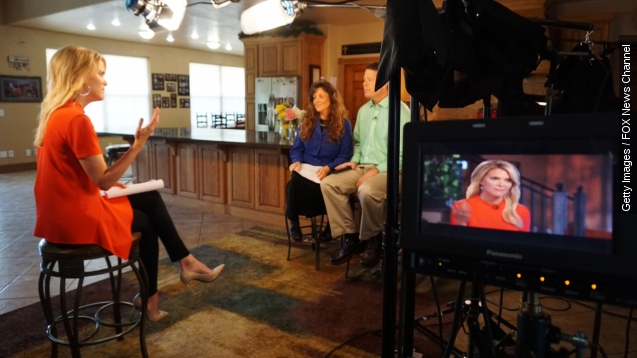 When Megyn Kelly interviewed the Duggar family about their son Josh sexually assaulting minors when he was a teenager, she also talked to an expert about the broader issues surrounding child sex offenders.

"This family faced a terrible choice. One third of people who sexually abuse children are children themselves, so as a society we have to recognize this, we don't talk about this," author Emily Horowitz said.

In instances of sexual violence, advocates say the focus should first be on the survivor's needs.

In the U.S., survivors of child sexual abuse are estimated at one in three girls before the age of 18, and one in six boys, although the rate that these instances are reported is believed to be very low. And in 90% of assaults of children younger than 12, the victim knew the assaulter.

Charles M. Blow, a columnist for The New York Times, says these recent cases can serve as educational opportunities to prevent the abuse of children, and writes, "Once we soberly assess the contours of childhood sexual assaults we can better understand the need for early conversations with children about body safety and ensuring that they have safe spaces in which to express themselves."

On the Kelly File, author Emily Horowitz argued for treatment programs for the juvenile offenders. The Department of Justice reports 85-90 percent of people who commit this crime as children do not do it again.

"In researching my book, I interviewed many people who grew up on the registry, who were convicted of sex offenses as children, for things very similar to this. The average age of people who sexually abuse children, who are child sexual abusers of children, they're 14," Horowitz said.

This comes at a time when some states are debating reforms for juvenile sex offender laws, and especially the practice of putting juveniles on sex offender registries.

NPR reports about 40 states put children on sex offender registries, and about half of those states make those registries public.

Advocates say this practice gives children a life sentence, for a group that is unlikely to commit the crime again.

"The person has this label for the rest of their life, based on something that they did when they were a child," said Nicole Pittman, Soros Justice Fellow for Human Rights Watch.

"Juveniles should not be subjected to registration or notification. In the absence of any supportive evidence whatsoever that there's a community safety effect youths should be protected from these laws," said Elizabeth Letourneau, Director of the Moore Center for the Prevention of Child Abuse.

A director of a youth and family services organization told NPR some juvenile offenders are truly dangerous, and he doesn't think the registries should completely go away.

"The juvenile who is looking for multiple opportunities and just prefers and likes to have contact with younger children would be a high risk to re-offend, and should be on the registry," Bruce Burkland said.

For Josh Duggar, Above the Law writes, "Far from an isolated incident, [his] alleged offenses involved multiple little girls on multiple occasions. Far from teenage exploration between peers who are nevertheless underage, his acts reportedly took place when he was 14 and his victims were as young as five."

Duggar was never prosecuted in the case and is not on the registry. His family has protested the release of the police records about the incident and says they are exploring legal action. (Video via TLC / "19 Kids and Counting")