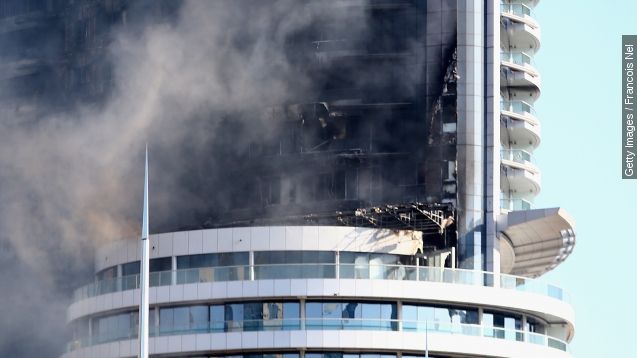 A Dubai hotel that caught on fire New Year's Eve is still smoldering.

And we've learned one of the people who helped get the fire under control is the son of the United Arab Emirates' Prime Minister.

There's been some speculation the cause of the fire involved an upcoming fireworks display to ring in the new year. However, the fire reportedly started before that display. (Video via Visit Dubai)

Authorities are still investigating the incident, but say it's likely the 63-story Address Hotel fire started on the 20th floor. (Video via Al Arabiya)

There were at least 15 injured, but no one died as the hotel was evacuated.