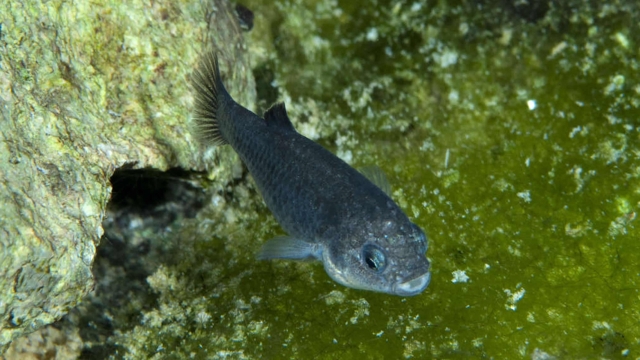 SMS
Drunk Dudes Might Have Killed One Of The Rarest Fish In The World
By Ethan Weston
By Ethan Weston
May 14, 2016
Three men accused of having too much to drink are suspected of killing a tiny Devils Hole pupfish in Death Valley.
SHOW TRANSCRIPT

Three guys went on a bit of a bender in Death Valley National Park and are now accused of killing one of the rarest fish in the world.

The bros were caught on camera entering Devils Hole where the National Park Service says they appeared to fire a gun at least 10 times, throw beer cans and vomit. One even took a dip in the water.

The geothermal pool is the only natural habitat in the world for the tiny, blue Devils Hole pupfish, which went on the endangered list in 1967.

One of those fish was found dead after the incident; it was one of 115 believed to exist at the park service's last count.

Killing an endangered species is a felony, and the men — if convicted — could face a year in jail and fines of up to $50,000. They also face charges of destruction of property, destruction of habitat and trespassing.