Here's Another Reminder Not To 'Pokémon Go' And Drive 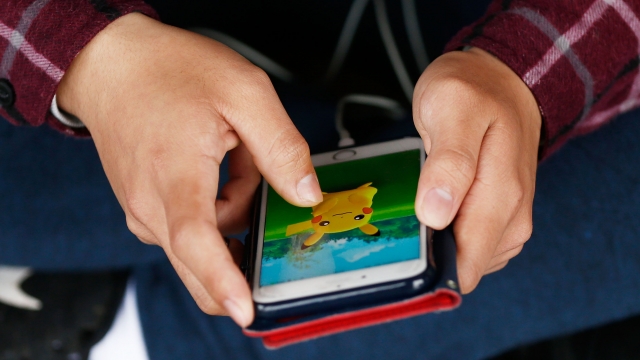 SMS
Here's Another Reminder Not To 'Pokémon Go' And Drive
By Ben Lawson
By Ben Lawson
July 20, 2016
Baltimore police say "Pokémon Go" isn't "all fun and games" after a driver hit a police cruiser while playing the game.
SHOW TRANSCRIPT

The next time you think playing "Pokémon" just can't wait, remember this.

No one was injured in the crash. The driver quickly admitted to officers he was playing the game while driving.

"That's what I get for playing this dumba** game," said the driver.

The game has quickly become a worldwide phenomenon. It's been downloaded an estimated 30 million times.

And with so many people playing, some unfortunate incidents were bound to happen. Two teens playing the game were even shot at while parked in front of a man's home, and two more fell off a cliff while playing.

So just remember to pull over to catch Pokémon. It's probably not worth putting yourself or others at risk.

This video includes clips from The Pokémon Company and images from Getty Images.