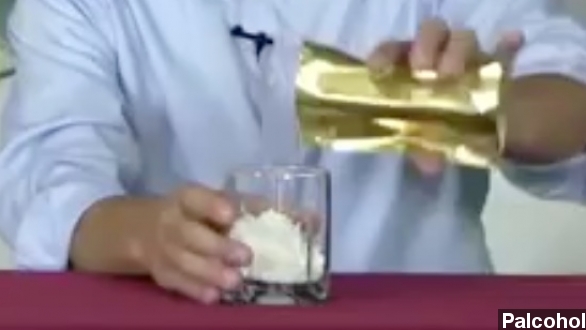 SMS
Drink Up! Powdered Alcohol Approved By Federal Agency
By Jay Strubberg
By Jay Strubberg
March 12, 2015
The Alcohol and Tobacco Tax and Trade Bureau has approved the sale of Palcohol, or powdered alcohol, beginning this summer.
SHOW TRANSCRIPT

Well, it's back. And this time, a federal agency has given businesses the green light to sell it.

The Alcohol and Tobacco Tax and Trade Bureau has approved the sale of Palcohol beginning this summer. That means it's been given the go-ahead to be sold around the country unless a state ban is in place.

The controversial product is a powdered form of alcohol that's mixed into drinks. It's been approved in several varieties, including Vodka, Rum, Cosmopolitan and Margarita. (Video via KOLO)

Powdered alcohol ran into legal hurdles when it was thrust into the public light last year. Opponents argue minors could abuse alcohol more since the product comes in a small packet that they say is easier to conceal.

"We already have a problem with kids getting ahold of alcohol, and, so, this is just another way for them to get ahold of it. ... A powdered form might make it easier for them to consume it in a way such as snorting, injecting, mixing it with other drugs," Thalia Williams of DRUGFREEAZKIDS.org said.

New York Senator Charles Schumer has even encouraged the FDA to block its approval, referring to it as "the Kool-Aid of teen binge drinking." (Video via Univision Noticias)

But Mark Phillips, Palcohol's creator, argues it's unfair to forbid the sale of powdered alcohol while the more conventional liquid form is allowed to flourish.

He also disputes the argument that it's easier to conceal.

"The package is too big. Heck, you could sneak, I don't know ... one, two, three, four bottles in the same space as one packet of Palcohol," Phillips said.

Still, many states are already acting quickly to make sure Palcohol stays outside their borders.

According to The Wall Street Journal, South Carolina, Louisiana and Vermont have already banned powdered alcohol. A handful of other states have similar legislation in the works.