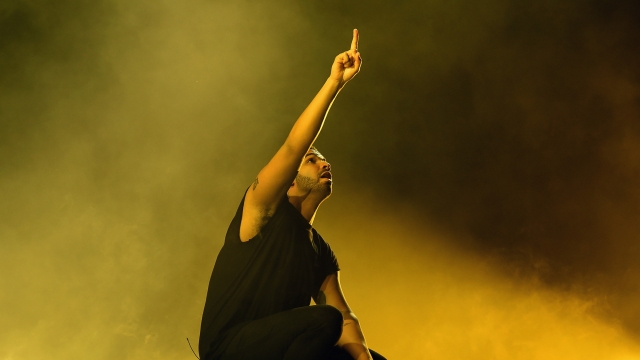 It is indeed album time again for Drake. @ChampagnePapi dropped his new album "Views" on Friday and shared some of his views on his new work on Apple Music's Beats 1 radio just before the debut.

"This album is probably my highest level of vocal performance, I'd say. ... This was more like, 'What is a cohesive, incredible listening experience from me? What can I do for this generation?'" Drake said.

Get ready to see some heavy-hitters in the credits. Producer 40 is heavily involved in the album. Other big names include Kanye West, Rihanna and Future.

At this time, "Views" is exclusively streaming on Apple Music and is available for purchase on iTunes.

The oh-so-meme-able Drake revealed his new track list that boasts 20 songs, and the new album cover shows the rapper atop Toronto's CN Tower — which then inspired more memes from the man most likely to be meme-d.

The view atop Rihanna's shoulder is our favorite — though Drake may have a different favorite place to be on Rihanna.

This video includes clips from OVO Sound, Cash Money Records and Roc Nation and images from Instagram and Getty Images.