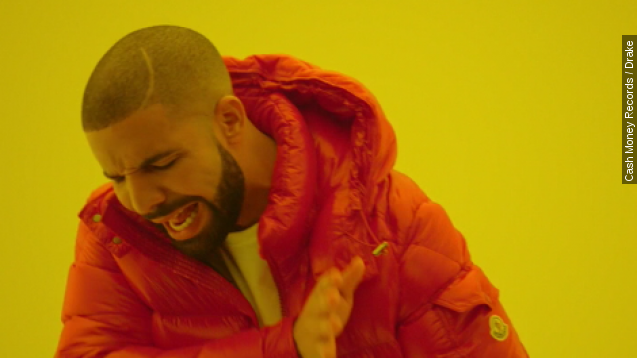 Oh, Drake. You were so charged up two months ago. But after seeing that new "Hotline Bling" video, it looks like that battery is in low-power mode.

Drake hit us with the "dad dancing" in his new vid on Apple Music, and it made emojis everywhere laugh until they cried. The slow-bob dance in sweatpants exposed Drake's disdain for arranged choreography, but it reminded us of the Internet's passion to have fun at a celebrity's expense.

First up: Drake making fun of himself. @ChampagnePapi re-grammed his dance moves synced to some Latin flavor.

And Mashable is dubbing a few moves of their own, including "bar mitzvah dad", "invisible saxophone" and the "respectfully disagree."

So yes, this, and this, may all look like how you dance when you're home alone in your underwear, but perhaps it was all a distraction because Drake started some D.R.A.M. ... a.

D.R.A.M., the artist behind the song "Cha Cha," unleashed a slew of tweets after Drake's "Hotline Bling" was compared to his, a song that D.R.A.M. quietly released last fall. D.R.A.M. tweeted that it was "bittersweet" and he's "good" but does feel his record was "jacked."

I'm no botanist, but sounds like D.R.A.M. doesn't think that seed was theirs to plant. Still, no comment from Drake on the matter. Just this.