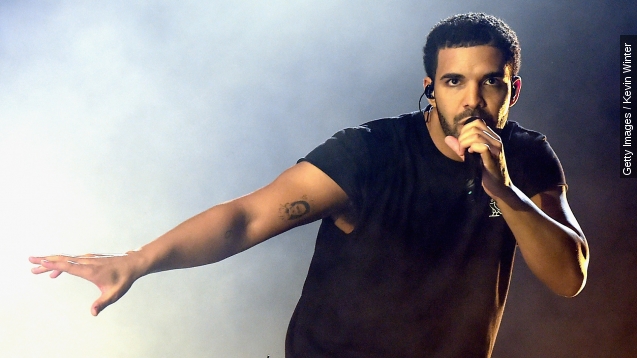 SMS
Drake Officially Snags His 100th Billboard Hot 100 Song
By Briana Koeneman
By Briana Koeneman
September 28, 2015
He started from the bottom, and now, Drake has accomplished what only three other artists have done before him.
SHOW TRANSCRIPT

He started from the bottom, and now, Drake has accomplished what only three other artists have done before him.

And even more impressive? Only three others have reached this historic milestone since 1958, when Billboard first started keeping track. (Video via The FADER)

Elvis Presley, Lil Wayne and the cast of Glee. You heard that right — Glee.

According to Billboard, Drake was at 92 tracks before his surprise collaborative mixtape with Future, "What a Time to Be Alive," dropped last week.

And, on top of that, the LP debuted at number one on the Billboard 200 with 375,000 copies sold, Drake's second album this year to do so. (Video via Epic Records / Future)

Yeah, not too shabby. And if his rumored album "Views From the 6" makes an appearance later this year, 2015 could get even better for Drizzy.

What a time to be alive, indeed. Take that, Meek Mill! Too soon? (Video via Cash Money Records / Drake)