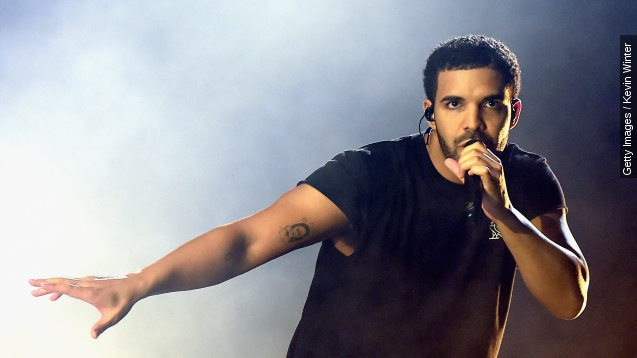 SMS
Drake Is Latest Celeb To Honor Ailing Fan On Social Media
By Lexie Hammesfahr
By Lexie Hammesfahr
July 22, 2015
Drake is the latest celebrity to honor an ailing fan on social media. After he saw the hashtag #DrakeNoticeJamal, he posted a heartwarming message.
SHOW TRANSCRIPT

Drake once said, “do wrong to none." He kept that in mind when a social media campaign for a fan who had recently died caught his attention.

Almost 40,000 tweets were sent before Drake posted an Instagram picture of Ottun with the caption, “Heard this young man was a big fan. Rest In Peace Jamal. Watch over me from way up above!”

This isn’t the first time people have used the powers of social media to get a celebrity’s attention.

In 2014, fans used the hashtag #SongForTri to get Ed Sheeran’s attention.

15-year-old Triona Priestley was suffering from cystic fibrosis and had a dying wish to hear Sheeran sing his song “Little Bird” to her. (Video via Ed Sheeran)

That social media campaign worked – Sheeran called Priestley and sang to her. Shortly after, she died.

Sheeran’s buddy Taylor Swift was pointed towards a 4-year-old with terminal brain cancer thanks to the hashtag #ShakeItOffJalene.

Jalene Salinas had a final wish of dancing with Swift to “Shake It Off,” and while that didn’t happen, Swift Facetimed with Salinas for 20 minutes and sent her a gift box of signed merchandise.

And when a 60-year-old comic book fan with advanced prostate cancer had just three months to live, his family started a Twitter campaign with the hashtag #CapForStrat.

Stratford Caldecott would not live to see "Captain America: The Winter Soldier" so his friends and family asked the "Avengers" actors to take a picture of themselves holding a sign saying that their character supports Strat.