Drake Is A Bandwagon Sports Fan: A History 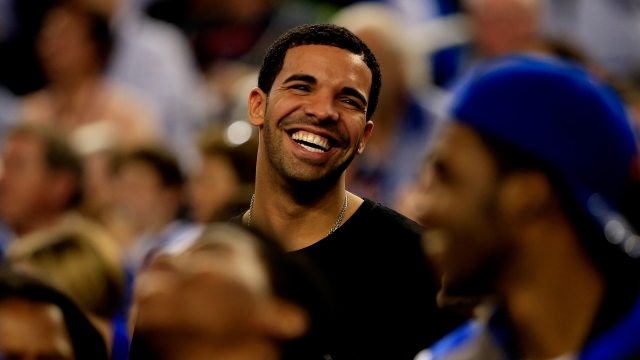 SMS
Drake Is A Bandwagon Sports Fan: A History
By Carter Woodiel
By Carter Woodiel
September 4, 2016
From Miami to Kentucky to Manchester, Drake's affinity for front-running sports teams knows no bounds.
SHOW TRANSCRIPT

Saturday night, the University of Houston football team pulled off a big upset over third-ranked Oklahoma. Not long after that, Drake posted an Instagram photo of himself in a Houston jersey.

Drake has visited Houston's campus before, and he likes to rep the city in his songs, but this feels a little opportunistic — especially given Drake's status as a known bandwagon fan.

For example, he invited LeBron James onstage for a concert earlier this year. Back in 2013, he tried to get into the Miami Heat locker room after they won the NBA championship, but he was told only media could get in.

His response? "I am media."

No, Drake. You are not. And you're from Toronto — aren't you supposed to be a Raptors fan?

He's done this with college basketball, too. Drake likes to hang out with the Kentucky's men's basketball team — and it just so happens the team has been one of the best in the country in recent years.

"How about this guy right here?" Kentucky coach John Calipari said to cheering fans with Drake at his side.

Drake doesn't have any real reason to be a Kentucky fan — it's not like he's from there or anything. But he's said he "just connected with Kentucky."

Sure you did, my man.

He first appeared with the Wildcats at the start of the season in 2009. Funny how that's exactly when Calipari started coaching the team and leading it to its latest string of Final Four appearances.

Drake's changing loyalties apply across the pond, too — his soccer allegiances are constantly shifting. Like here, he's wearing Manchester United gear. But he's hung out with Didier Drogba, who he's been a fan of since Drogba played at Chelsea — one of Man U's biggest rivals.

Give Drake credit where it's due, though — he's not cheering for front-runners all the time. He's a big supporter of the Toronto Maple Leafs, and they've only made the playoffs once in the past decade.